Benefits of LED Lights Over Traditional Lighting in Homes and Offices 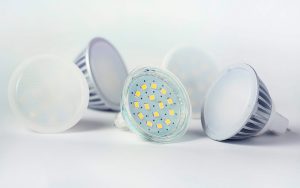 If you’re still contemplating switching to LED lighting system in your home or office, then it’s because you don’t know about the many benefits of LED lighting. Apart from being highly beneficial, it is also trending and promises to bring a modern look to your home. Another major factor is the outfacing of many types of halogen bulbs, meaning that many of the interesting kinds of traditional and halogen bulbs you used to own are no longer in production.

There’s probably no need for anymore sign to show that this is the best time to switch to LED bulbs both in your home and in your office, but in case you’re still in doubt, here are 5 of the many benefits you stand to gain by simply switching to LED lighting.

This is probably one of the most important benefits of switching to the popular LED lighting system. They are simply the most energy-efficient way of lighting homes and offices. They boast of having up to between 80-90% efficiency, meaning that 80%-90% of the energy that’s supposed to be used as heat is rather converted for use as light instead.

Most traditional bulbs lose up to 8% of their energy on heat, thus making them only 20% efficient. This means that you get to spend far less on electric

They Last Far Longer Than Halogen or Incandescent Lights

In case you don’t know by now, LED lights are designed to last far longer than most traditional lighting systems. For example, some LED lights can last as long as 100,000 hours before needing to be changed. That translate to several years of normal usage, unlike halogen bulbs that burn out after a few months.

If you invest in one LED bulb, you are bound to have efficient lighting for years without losing any brightness, unlike your neighbor that may have to change their traditional bulbs several times.

LEDs are Tough and Extremely Durable

LEDs are designed with components that can stand up to very harsh weather conditions, shocks, and even vibrations. This means that they can be positioned in any part of the home or office without fear of easy damage. This is one of the reasons why roadside engineers are increasingly adopting its usage.

Unlike fluorescent bulbs that take very long to come on, LED lights come on and are bright as soon as they are switched on and they go off immediately they are turned off too, so you really can turn them on and off as many times as you would love to without having its performance rate affected in any way.

They Work Perfectly on Low-Voltage Power

This is probably one of the most important benefits for people living in remote areas. LED lights work well, even in areas where the power supply is weak, so there’s no scare of being burnt by a high or low voltage power supply.

There you have it – many reasons, why switching to LED lighting may be the solution to your home or office lighting needs. Still, have any questions or doubts? Feel free to contact us now.